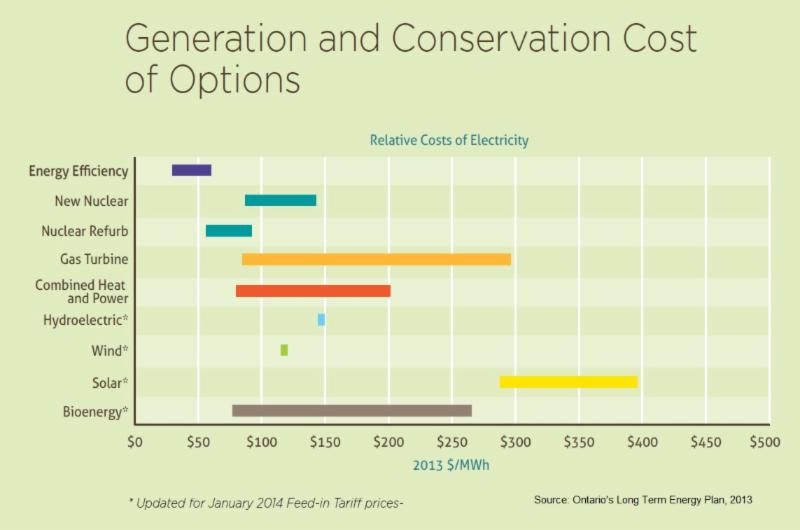 In 2013, the Ontario Government released their newest Long Term Energy Plan (LTEP) for the province. The plan, which has been met with a mix of criticism and applause, maps out the Province’s energy goals through to the year 2032. Along with outlining the anticipated change in generation makeup throughout this timeframe, the plan also outlines initiatives that the Province will implement and utilize to ensure that electricity supply is sufficient and that costs are mitigated during this period. Although the LTEP does outline significant cost savings that should mitigate larger rate increases, costs are still forecast to increase for the foreseeable future as new construction, maintenance, and refurbishment projects will continue to drive rates up.

Among the many policies and ideas included in the long term energy plan:

While many issues such as rising Global Adjustment costs have gone relatively unaddressed in the outlook, conservation measures, one of the most important and least costly for mitigating rising energy costs, are figured prominently in the report. 360 Energy couldn’t agree more that energy efficiency is, by far, the best way for not only the province, but for the individual ratepayer, to save on energy costs.

Through a combination of reducing energy intensity, overall load, peak loads/demand response and load shifting, Ontario has already successfully reduced its peak energy consumption. The record all-time peak Ontario demand of 27,005 megawatts has not been reached or surpassed since the summer of 2006. Since then, Ontario’s population has increased by 1,378,000 people, yet the peak yearly load has actually decreased by 2,864 MW, and overall consumption has decreased from 151 TWh in 2006 to 141 TWh in 2012 (or 12.42 MW consumed per person per year in 2006 down to 10.41 MW per person per year in 2012). These are all clear signs that energy literacy is increasing, and that energy management initiatives have been effective so far.

There is however, a great deal more to be done. 360 Energy works with customers in the Municipal, Industrial, and Greenhouse sectors in managing their electricity and natural gas costs through changing the way they use energy within their organizations. It is 360 Energy’s mission to help these organizations understand how they use energy and how they can use it not only more efficiently, but how to pay less for what they use. It is 360 Energy’s goal to instill an energy excellence ‘mentality’ throughout organizations by helping customers improve their level of energy literacy. Looking at the bigger picture, this equates to lower requirements for generation, less new generation that has to be installed, which results in lower costs for all ratepayers.