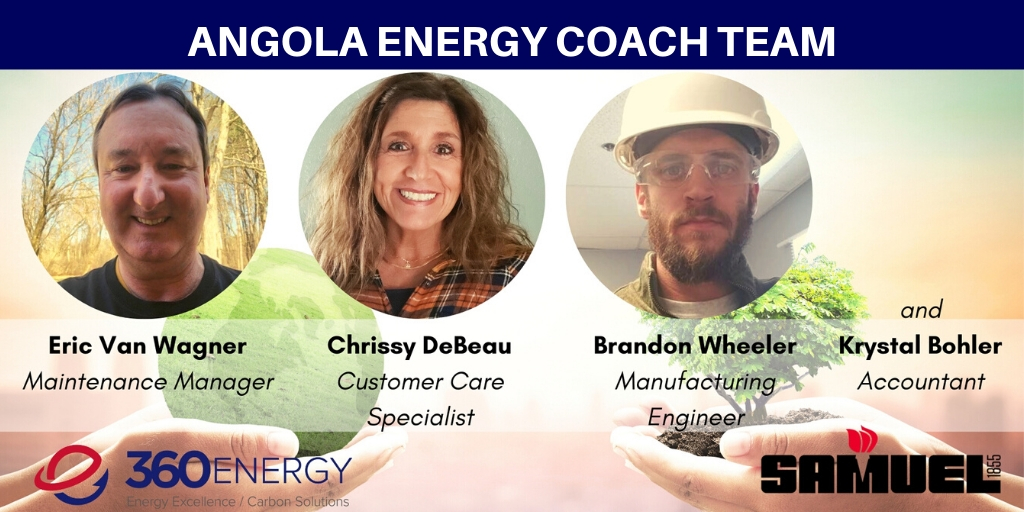 Not sure what you can do at your site to save energy? Neither did the team in Angola. Not having participated in energy management activities in the past, their team started from scratch. However, once they had six hours of team training under their belts, this team was off to the races!

With two locations located in Angola IN, the Metal Spinner facilities pulled together a team of 4 people for the Energy Coach Lite program. Following their training, the team set a goal to achieve 5% of their 2018 energy costs over the course of 2 years. Between the two locations, their annual spend on energy was just over $200,000 per year, so 5% savings of around $11,000 was a manageable target for the team to work towards.

The team immediately set out to work on some of the key items that had been addressed in their training including tackling compressed air leaks, cutting waste during non-production times and ensuring that heating and ventilation controls were not being changed by employees on site. Nothing that would impact production but all items that would bring their team savings throughout the year. A strong engagement with the employees on-site to ensure everyone was on the same page, helped ensure swift implementation.

Savings started adding up quickly. In the first three months, these small changes (with little to no capital costs!) saved the site $10,700. They nearly hit their two-year target in the first 6 months of engaging with energy management. This team is on track to save over $50,000 in their first year, almost 25% of their 2018 energy costs!

Congratulations team, this is an accomplishment that we certainly hope others across Samuel will duplicate!