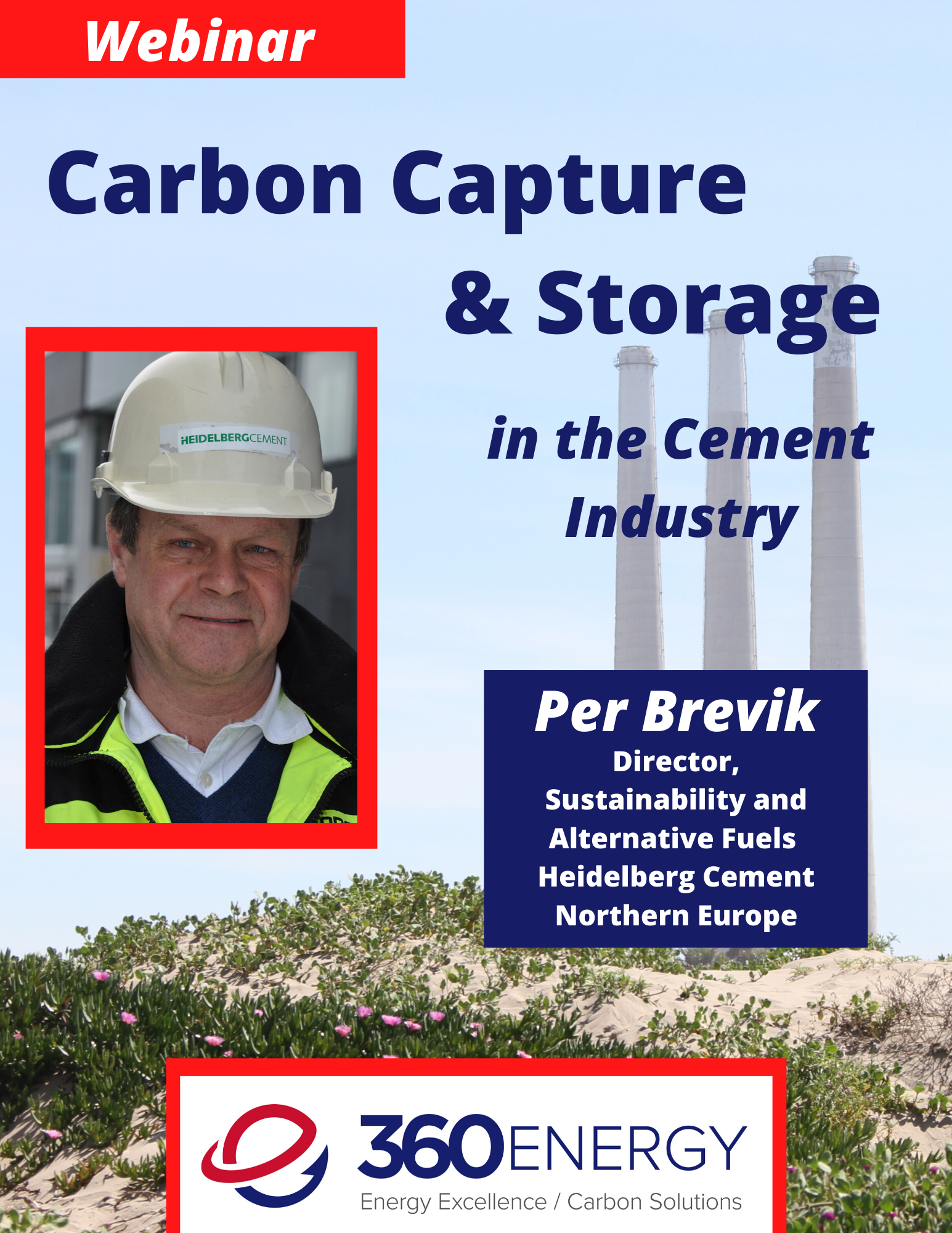 The Heidelberg Cement Group has embraced the daunting challenge of only producing CO₂ neutral concrete products. The Norwegian-based company – the world’s second-largest cement producer – has embarked on an unprecedented journey to remove carbon emissions from their energy-intensive production processes.

To implement their “Zero Vision” of carbon neutrality, Heidelberg Cement has set a 2030 mid-term milestone of reducing carbon emissions 30%, compared to their emissions in 1990.

Mr. Per Brevik, Director of Sustainability and Alternative Fuels for Heidelberg’s Northern Group described the company’s carbon capture project in a webinar hosted by 306 Energy. The pilot, at Norcem Brevik on the Norwegian south coast, is a strategic initiative on the company’s journey to net-zero carbon emissions by 2050.

Is it possible for other heavy industrial manufacturers to also become carbon neutral?

The Norcem Brevik pilot carbon capture initiative is building a pathway for the cement industry and others to follow. Steel and petroleum manufacturing could similarly follow the Heidelberg lead by embracing technology to capture and reduce carbon emissions.

The CO₂ from Heidelberg’s production line will be liquefied and transported for storage under the North Sea at a facility called “Northern Lights”. Northern Lights will also be used by Equinor, Total and Shell to reduce carbon emissions from their operations.

Per Brevik told the webinar audience that chemical processes are responsible for ⅔ of the carbon emissions from cement manufacture. He assured them that technically feasible solutions are available today for the capture of carbon from cement production. The high concentration of CO₂ in the flue gas stream presented the company with the best opportunity.

Heidelberg conducted a multi-year study of four different technologies to identify the easiest one to scale up. The research and development project will capture almost 400,000 T CO₂/year – 50% of the total CO₂ emissions at the Norcem Brevik facility. This will still leave the company plenty of scope to scale up the technology or the flexibility to prove out other solutions in their drive to achieve 100% carbon emission reductions.

The decision to implement the pilot is a significant commitment by the Heidelberg Cement Northern Group. While installing the technology over a number of years, the Company will still need to concurrently produce 1.3 million pounds of cement annually. The pilot project is capital intensive with an extended payback. Prices for their residential consumers may rise as much as 1% and for construction customers, between 5 – 8%.

As one of the industry’s early adopters of carbon capture technology, Heidelberg expects further implementation will drive down carbon reduction costs as has happened in other technology driven transitions. The company will be well positioned, as an early market mover, to take advantage of this economic and social trend.

Manufacturing cement emits large volumes of CO₂. Globally, the cement industry is one of the biggest emitters of the carbon that contributes to warming the earth’s atmosphere. CO₂ emissions will have to go down, not up, if the world is to avoid the risks of average temperatures rising above 2°C.

Concrete is well suited for constructing the durable infrastructure and buildings needed in the world’s expanding cities. As the global population swells, demand for concrete will remain high. Finding ways to reduce the carbon content in concrete production is an urgent global objective.

Per Brevik told the webinar audience that Heidelberg Cement believes it has a responsibility to lead in carbon reductions. As the world searches urgently for more sustainable and decarbonized approaches to cement manufacturing, the company has committed to the UN’s Sustainability Development Goals. Heidelberg’s strategic energy choices bestow global leadership advantages and benefits on both the company and Norway, its country of origin.